David Cameron must think politics is rather easy. First, he wins a majority in the Commons, subsequently his coalition partners are obliterated, then his right-wing copycats are left virtually unrepresented and now, his main challengers have flown off to the unappealing left. He even managed to brush off any lasting damage made by the swine kind, unlike Ed Milliband before him. The Conservatives seem to think they’re in for a peaceful stroll to another majority in 2020 – provided, of course, that their latest set of falsehoods goes unchallenged.

When politicians are afforded such good fortune, it breeds arrogance, and with it, complacency. The Prime Minister addressed his adoring audience at Conservative Party conference on Wednesday. The party’s leader made an unexpected play for social justice, ending poverty and the case for progressive conservatism –whatever that is. He pledged to make this next government about the ‘proud tradition of conservative social reform’, showing that David Cameron is nowhere near as adept at political history as he is subterfuge. My point is, Mr. Cameron – we’ve heard this lovely chatter all before and seen nothing from you.

The Prime Minister alluded to the introduction of new policy for protecting LGBT+ people from discrimination, citing the coalition’s deliverance of same-sex marriage as a record of deliverance to that end. It’s wonderful to see the leader of a Conservative Party talk about LGBT+ rights, and even more wonderful to hear his comments met with enthusiastic applause from the Tory delegates in attendance. But if history is anything to go by, the Tories seem to be more interested in monopolising the electoral support of social groups than championing their cause. 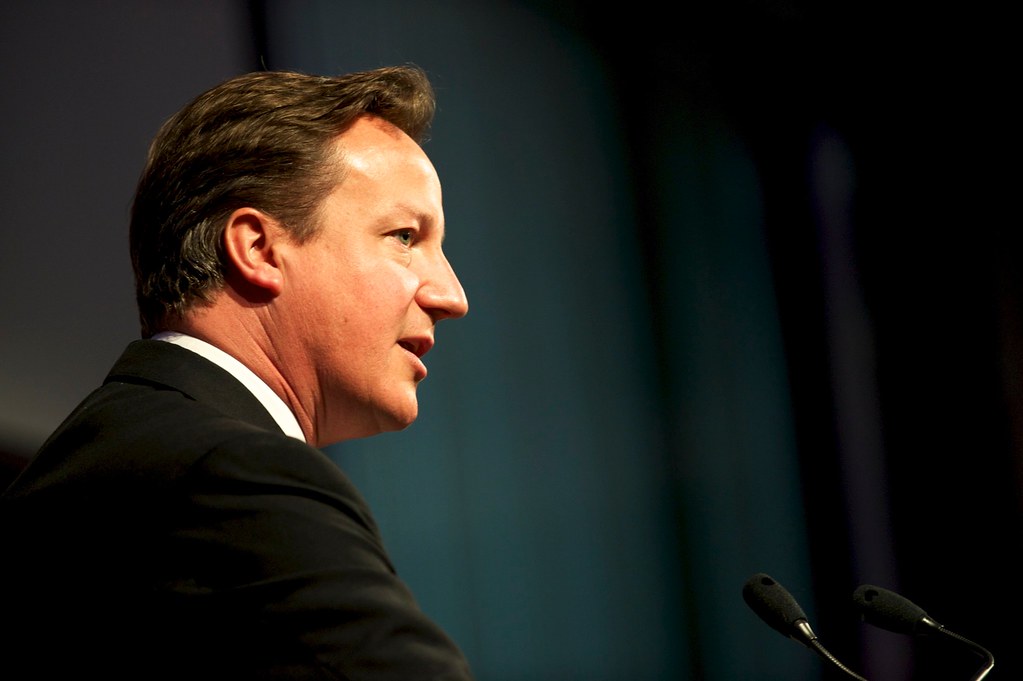 So whilst it fills my heart with joy to hear support from David Cameron for gender, LGBT+ and BAME equality, forgive me if I remain profusely sceptical of this sudden change of priority. I just cannot overcome the questions that damage the legitimacy of his rhetoric. For instance, where was this concern in the European Parliament in June this year when the party voted against protecting the rights of LGBT+ citizens and a woman’s right to abortion? Where was this concern when David Cameron appointed, not just one, but two opponents of same-sex marriage as Minister for Equalities? Where was this concern when the Prime Minister allowed a free vote on same-sex marriage, leading to the majority of Tory parliamentarians rejecting the bill?

Why did you offer Lynne Featherstone so little support for her ‘blind job application’ proposal and campaign to end Female Genital Mutilation in a generation, and instead wait until the Liberal Democrats were out of government before you could claim the credit for our hard work? Why is it that the Conservatives have one of the worst records in the whole of the European Parliament on defending and advocating for gay rights? Where was your sense of injustice when George Osbourne announced cuts to maintenance grants and tax credits whilst easing the burden on the wealthy by slashing corporation and inheritance tax?

It is clear that Mr. Cameron has become terminally self-righteous. He really wants women, BAME and LGBT+ people in this country to believe that his ‘compassionate conservatism’ has substance – it doesn’t.

Why do ethnic minorities and women still report disproportionate amounts of racism and misogyny among the party’s ranks? Why does the Conservative Home Minister think that immigration is an unavoidable affront to social cohesion? Why are the compassionate Tories so anti-immigrant? Why are they so reluctant to accept the same amount of Syrian refugees in five years that the Germans are taking in in a day?

How can David Cameron stand on stage and one minute spout cosy yet vapid egalitarian rhetoric then the next minute maul the poorest by cutting tax credits, lacerate LGBT+ citizens by slicing funding for mental health services which they disproportionately need more than everyone else, ignorantly vetoing progressive plans for age-appropriate sex education for straight and LGBT+ students and generally brutalising these must vulnerable groups with unnecessarily brutal austerity measures?

I’m sure I speak for everyone in the Liberal Democrats when I say that I welcome any Conservative Party support for tackling inequality – the more, the merrier. But, we have seen this all before and I stand by summation that the right of politics only ever want to be seen to help promote equality, they never actually care enough to do it. So now, Mr. Cameron it is time for you to walk the walk, now we’re not there for you to pin all your ills on. If you really do care for equality, put your social liberalism where your mouth is.