My party wrapped up its leadership election today appointing Tim Farron as the party’s new leader. Our ‘irrelevant’ selves clearly don’t know when we’re beaten, now reduced to a handful of MPs and a just pinch of the popular vote, the Liberal Democrats are a political species under threat, but there are plenty of reasons to believe Tim Farron possesses the antidote that will save British liberalism.

Tim Farron is probably unknown to most outside of the Liberal Democrat bubble, and in perhaps the least surprising yet  comically ingenious trend of the year, his election today has been passively and mockingly met with forced apathy and feigned obliviousness from rival members of Labour and the Tories. But I strongly suspect they won’t be able to fake this for much longer.

The new leader of the Liberal Democrats is a dose of revitalisation, having opposed some of the most unpopular of compromises by the Lib Dems in government such as the Bedroom Tax and the tuition fee increase. Farron’s ability to mobilise voters in to campaigning is his greatest asset. It’s no secret we’ve been battered by the electorate since 2011 like the Tories have battered the young and the poor in their recent Summer budget. We accrued just 8% of the vote in May’s election, do you know in which constituency we had our only majority? Westmorland & Lonsdale, the seat Tim Farron transformed from Tory blue to Liberal gold, it was also the only constituency in 2014 where the Liberal Democrats were the highest polling party for the European parliament elections, another vote in which we were nationally humbled. 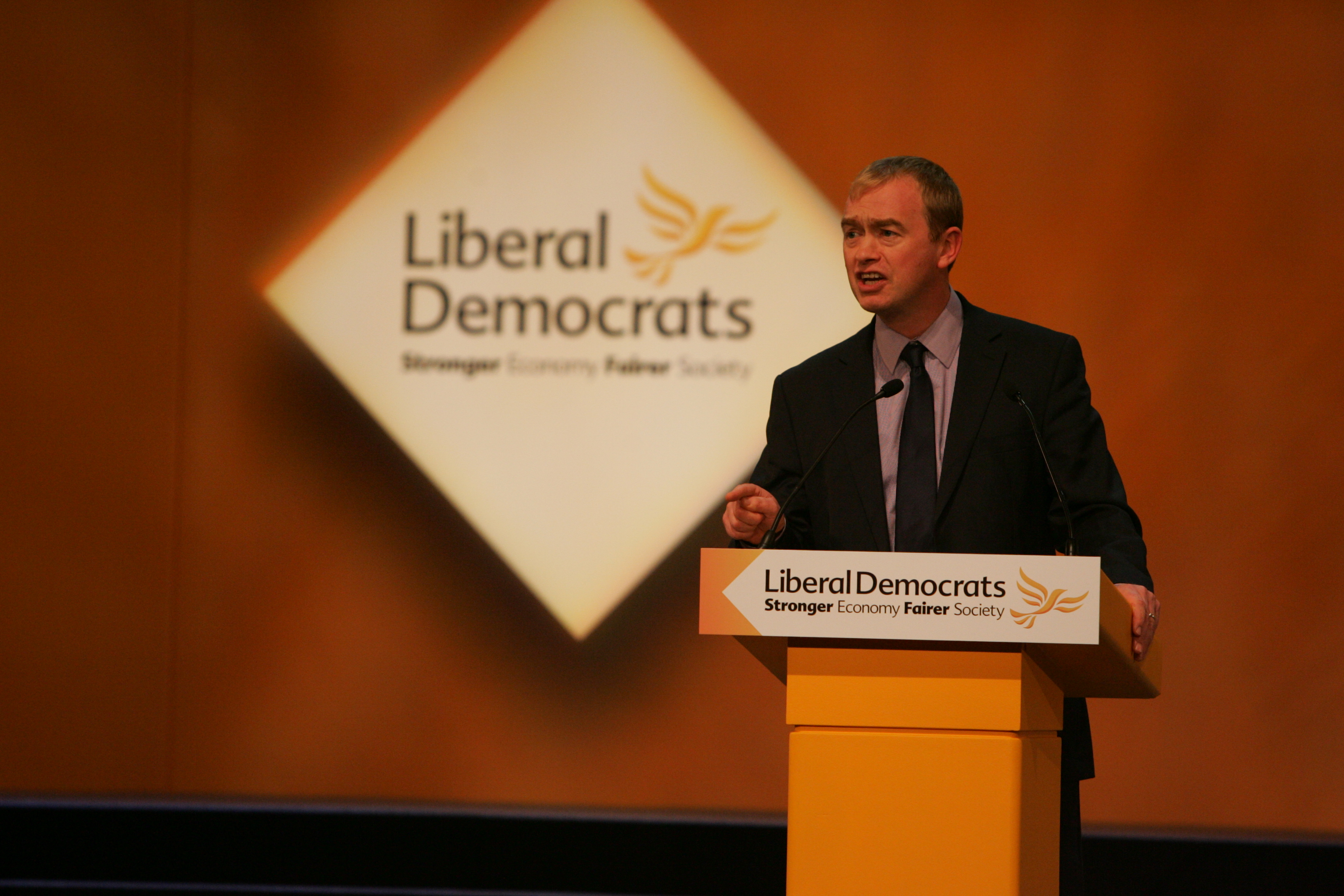 The electoral defiance of Farron and his team injects new hope in to the party that Liberalism in Britain can make yet another unthinkable comeback. I have to say, with apologies to our new leader, that I wasn’t always his greatest fan. It wasn’t that I didn’t agree with him on key issues or his vision for the country but I found him easy to ignore, then I watched his speech at the Liberal Democrat Autumn Conference last year and it invigorated the Liberal in me even more than Cleggmania did in 2010. Tim prides himself on his ‘get you in the gut’ politics and that’s exactly what he does. I, for one, was planning to waste tonight away eating chocolate biscuits and drinking coffee but instead I was inspired by his speech at Thursday’s Lib Dem leadership rally to spread the word of his new electrifying cause.

In fact, as I write this, the speech is barely an hour old, was only streamed on the Lib Dem website and on Sky News’ rolling feed yet it has still had the influence to get dozens of people tweeting of their intention to sign up and join this momentous fightback. I would encourage every person I know to watch Tim Farron in action, this is a very liberal nation, our liberal ideas are far greater than the opinion polls would suggest and the mission is to make liberals up and down the British isles assimilate their political morality with our party and get old Libby back in full flight – Tim is the man to achieve this.

Resurgence… 17,000+ people have joined the Lib Dems since May

No one is suggesting, myself included, that a Liberal Democrat recovery is easy nor even inevitable. In fact, it will be anything but extremely bloody difficult but there is still a great cause for hope; a sympathetic electorate satisfied with our punishment for colluding with our arch-rivals are now seeing what a blessing we were to government in the last five years, there are disillusioned progressives in the Labour party unsure whether they can continue to support a party intent on attaining power through any means of populism possible, there are around 20,000 new party members since May when we suffered the biggest setbacks in our history, and there is a rich heritage of liberalism convalescing against the odds on these shores. Our weakness will not be the content of our message but the volume of it, if people listen to us, we will win again – I am confident of that. We finally have an orating magician in British politics that stands for decency, progressivism and liberty, an anti-Farage, a man that can sweep up the ever escalating swathes of disillusioned voters and give them not unsolicited fear but hope of a fairer, stronger, liberal society with the Liberal Democrats as the beating orange heart of it.