After a frankly devastatingly damaging result on Thursday, the Liberal Democrats like UKIP and Labour need a change in direction. Nick Clegg, who showed just how popular the Lib Dems would be given parity of coverage in 2010, packed in his Cleggmania and sacrificed himself once more, this time for the good of the party. The question is, who follows him?

The remaining 8 Liberal Democrat MPs are widely and rightly considered the most appropriate successors. Former party-president Tim Farron is many’s first choice, including the bookmakers’ who have installed him as an early 1/6 favourite to land the position. While Farron is credited with being able to inject immense amounts of passion, his credentials when it comes to social liberalism are questioned due to his hesitant support of Lynne Featherstone’s Marriage Equality bill. Regardless, he DID vote in favour of the bill and has experience at the top of the party, having already served as party president. As well as this Farron rebelled against that tuition fee vote which could be useful in establishing a new direction for the party. As well as this Farron’s roots lie in the North of England, which would help distinguish him from the Westminster bubble. However, perhaps the most staunch tuition fee rebel is Greg Mulholland who retained his Leeds NW seat on Thursday. Mulholland is perhaps most notable for retaining traditionally social liberal values but not being afraid of turning against the party line when he sees fit, while this has its downsides, it could be a huge bonus in establishing a new direction for the Liberal Democrats, making us a more radical option to the electorate. While Norman Lamb did remarkably well to survive the Lib Dem purge of Norfolk, he is almost at the opposite side of the party, towing closer to the party line and perhaps less radical – a more conservative choice for the party’s future. Finally, we must credit Alistair Carmichael for holding on to his Orkney & Shetland seat, a better retention rate in Scotland than the Scottish Conservatives combined, but again Carmichael is closer to the Cleggite era from which we’ve just emerged and with less emphasis on radical social justice and a below average debate contribution record, he might not be strong enough to lead the party. 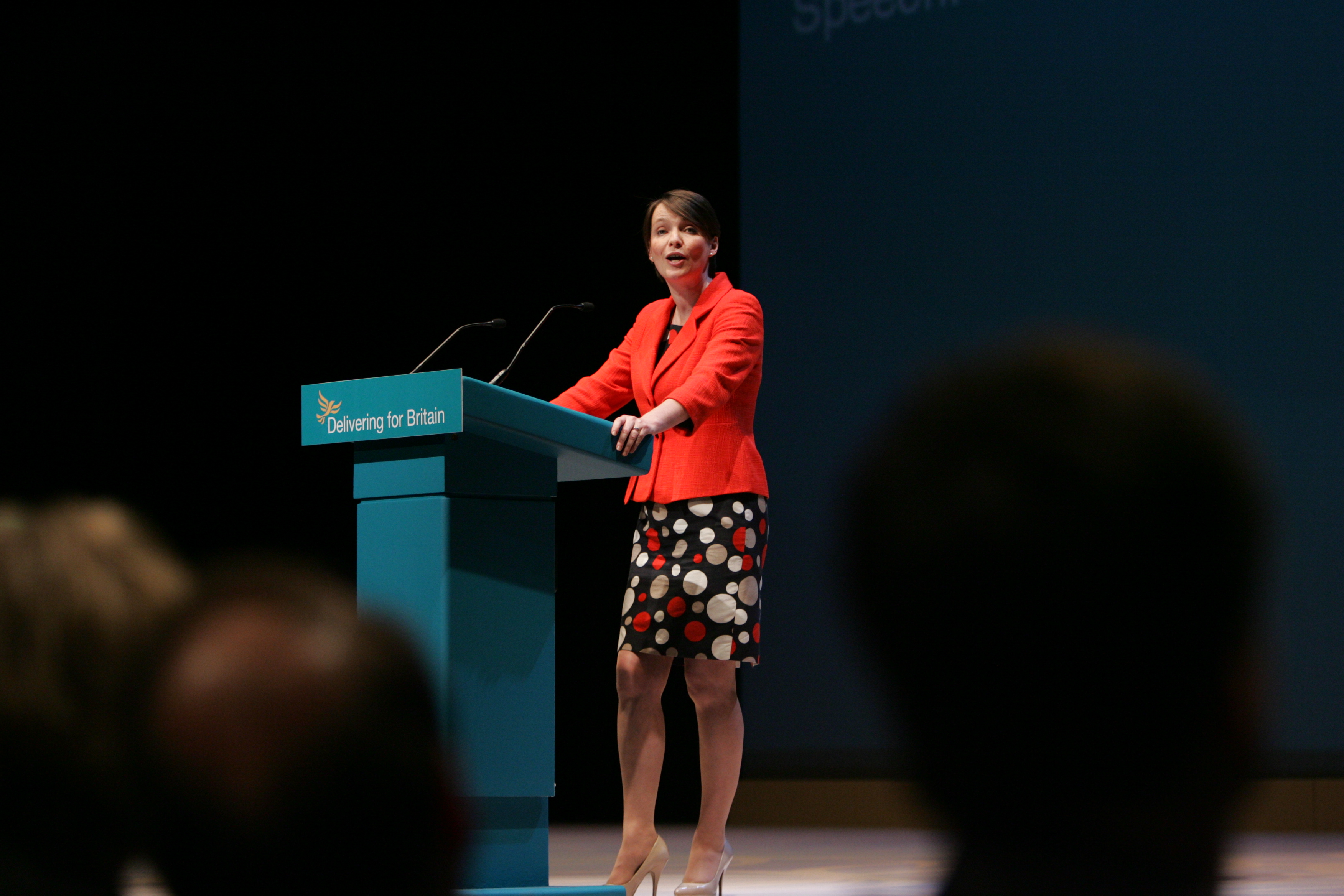 By George!… Welsh Liberals have had great success before

Of course with so many major losses to the party our options from Parliament are somewhat diluted. It would be a big risk for the party to elect a leader that isn’t currently an MP – we saw that it doesn’t guarantee victory with Natalie Bennett and Nigel Farage of the Greens and UKIP losing out in their constituencies. However, if we did decided to go down that road there are a few worthy candidates. Former MP for Dunbartonshire East Jo Swinson was charging her way up the party before she was an unfortunate casualty of the rise of Scottish nationalism. As a strong voice for democratic and constitutional reform as well as an effective, compassionate and truly liberal Junior Equalities Minister. She was heading on her way to the top of the party, the loss of her seat to the SNP is the single biggest strike against her. Hornsey & Wood Green’s former MP Lynne Featherstone is my personal favourite Lib Dem, she almost single-handedly brought marriage equality to the country at a time when politics was entirely distracted by the poor state of the economy. Her loss is perhaps the biggest felt to the social liberals of the party, her record as a parliamentarian is among the very best but does she have the natural command of a leader? Maybe not. Then we could consider those already in other senior positions of the party. Party president Baroness Sal Brinton is already high-up in the party and the current de facto leader, as a pioneer of Liberal values in Parliament’s upper house, Brinton can also claim to be one of the most active Lords in the country. However, her title and unelected status could be a massive turn-off to voters. It would too be a good idea to consider Welsh Lib Dems leader Kirsty Williams, who has retained her AM position ever since the Welsh Assembly was founded and was in 2012 voted AM of the year despite the political landscape of Wales favouring three other parties before the Lib Dems. She also has a great reputation in health campaigning, a key issue in her country. Being a Welsh woman could too prove a progressive bonus, differentiating her from the Westminster men that dominate the main parties’ leadership.

And now, just because I think us Lib Dems could do with something a bit more light-hearted let’s briefly entertain the idea of some off-the-wall contenders. Firstly, the Lib Dems most famous and popular celebrity supporter John Cleese has shown that he’s a die-hard party supporter even when it wasn’t exactly en vogue. Just imagine how brilliant he would be in 2020’s leadership debates, he would certainly unseat Boris Johnson, who is surely the next Tory leader in waiting, as the biggest comedy character in politics. Then again, how excellent is the Liberal Democrat Yoda that is Paddy Ashdown, able to command the respect and attention of anyone in UK politics, he is a true credit to the party and given his advancing years clearly would never want to be leader again but I would like to see him as a prominent part of our fightback – arguably my favourite British politician of all-time. Finally, I think we should consider myself, Chris Whiting (I needed the bold bit), I’ve seriously been waiting for years to get my teeth stuck in to UKIP and apparently I’m 98% on message with the party, I pledge to bring sass to the Liberal Democrats – okay, it’s probably not the best plan but let’s not rule anything out.