There is absolutely no real need for this post, my list of the seven main UK parties ranked based on how worthy I think they are of voting for.

Where to start with Nigel Farage’s pestiferous “people’s army”? On a policy basis, believe it or not, UKIP aren’t totally repugnant – they are mostly but some policies do make sense, although it’s hard to believe a single word, given that populism is at the heart of the party’s ideology. Several gaffes from its members, PPCs, MEPs and leader alike simply make UKIP a no-go. Their divisive aim to ethnically separate the nation may be slightly well hidden by Nigel Farage, who was accused of being a racist fascist by a teacher at his expensive private school but the dwindling support of the BNP is no coincidence. The high rate of absenteeism as well as the fugacious nature of their policies does nothing to reassure those who doubt the party’s competence. Their leader may be among the most charismatic in British politics but being literally the worst human in the world lets him down. Let’s hope UKIP’s steady decline in the opinion polls picks up.

Again, the SNP aren’t that deplorable when you look at everything they stand for. Though their lack of real commitment to LGBT+ issues this year was seriously poor for a socially left party, a lot of other things they profess to stand for are very agreeable indeed. Unfortunately, the SNP are bunny boilers in a political sense, though hesitant to admit it, the SNP are desperate for another Indy Ref and to pull Scotland out of the union – or to at least demand more disproportionate funds and electoral sway to the north by simply being noisy. Arguably, Nicola Sturgeon has been the most impressive leader in the build up to this election, she has portrayed herself as calm, powerful and together (ironic I know). However, for all of her popularity, there is a dissatisfaction with the SNP’s hypocrisy as head of the Scottish Parliament with many feeling the SNP fundamentally are under-performing in key areas of their ideology.

What to say about the Tories? Let’s just say on a policy basis, I’m never likely to be onside. Fundamentally opposite to me on the social spectrum, the Conservatives are just  far too nasty for me. While, I certainly view them as more competent than the Labour party, their ideological drive to punish those at the bottom and preserve a select few at the top of the spectrum does not sit well with me. You could also make the point that David Cameron carries himself in a more statesmanlike manner than the other potential Prime Minister – but to be honest, I’m not sure why that’s preferable – policy is certainly more important than personality. I’m genuinely fearful of a ‘Blukip’ coalition of the Tories, UKIP and DUP, I really don’t fancy a single ticket trip to the 1950s.

Manifesto: http://www.labour.org.uk/manifesto
Strength: They’re not Tories (but they’re getting there)
Weakness: Economic incompetence
Party trick: Retaining over 30% in the opinion polls despite accruing the support of Russell Brand
Potential Coalition Partners: The Lib–UKIP–Greens–PC

Dissimilarly, I don’t agree with Labour on a personal basis. While their manifesto is mostly quite nice, championing some really good social policy, the party has decided to scooch further and further right in some areas too. Who can forget mug-gate and Harriet Harman’s patronising pink bus? Saying that, Labour are too incompetent – powerfully purporting their disdain for zero hour contracts and love for students despite the fact they did nothing about either in 13 years of majority government – in fact they screwed the latter over thrice as much as the Lib Dems! Yes, Milliband has come on stronger as a leader recently but that really isn’t enough to convince me Labour’s left-wing veil is anything but that.

WON’T SOMEBODY THINK OF THE VERTEBRATES?!

If this election was solely about social policy then the Greens would be jostling for top spot. Seriously, they have some genuinely fluffy, lovely ideas but they’re so vapid it’s unreal. As much as the most prominent politicians in the Green party, leader Natalie Bennett and Caroline Lucas are lovely people they are just a bit out of touch with reality. I’m sure all parties left-of-centre would love to implement those in the Greens manifesto but being realistic it just isn’t going to happen. Their economic policy would be a disaster, it’s no coincidence that the only council in the UK that they control has one of the lowest satisfaction rates. It also probably irks those in poverty that Bennett routinely claims how bad ‘we’ have got it while riding to Question Time in a first class train carriage. On top of all of this, environmental experts have even claimed the party isn’t that eco-friendly – ouch! Perhaps, the Greens should put the green down and embrace the real world. Bless them, they are lovely though.

Again, on the side of nationalism I deplore Plaid Cymru’s stance and if there were as big a demand for Welsh Independence as there is Scottish Independence, they would be further down the list – thankfully there is not. I always feel that the Welsh get a poor deal in comparison with the Scots and Plaid Cymru (obviously) have rectifying that at the heart of their agenda. Socially the party is truly a champion of the left showing a remarkable commitment to the LGBT+ community that is only matched and indeed surpassed by one other party, while their economics may be idealistic and of the breed of the Green party and the SNP, Plaid Cymru carry slightly higher levels of competency starting with a remarkably quiet yet sassy leader in Leanne Wood who is ready to take Nigel Farage to task and then some at any given opportunity. 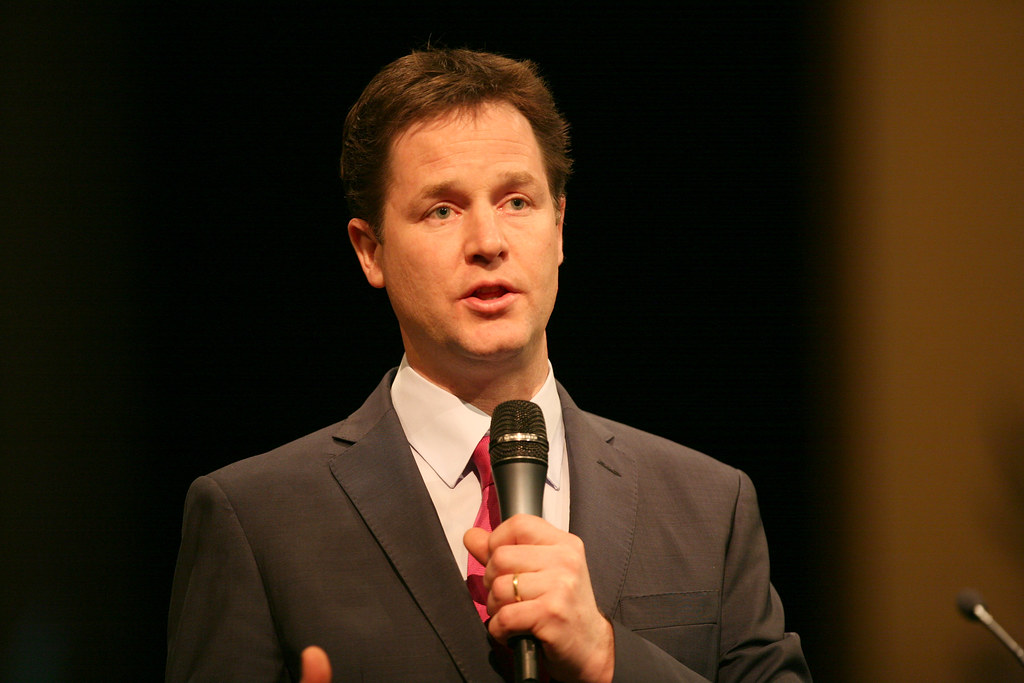 In a time of economic uncertainty and social complacency, the Lib Dems are managing to once again strike the best balance in their manifesto. Although, not perfect – having made some mistakes in the last coalition government while diluting the Tories hardcore right-wing whims, the Lib Dems have managed to put together a sensible centrist economic policy that aims to wipe out the deficit while making sure those at the bottom aren’t pressed to make up the difference. The IFS and several other leading economists have praised the Lib Dems’ plans as the most credible. Social policy has too been by far the most forward thinking with substantial plans to improve humanist recognition, LGBT+ issues and champion youth and students too. I’d even go as far as to say that the Lib Dems are what a lot of Labour voters think Labour are. While their campaign message hasn’t been the strongest, Nick Clegg has shown glimpses of the Cleggmania that engulfed the electorate in 2010. However, the biggest challenge for the Lib Dems is to set the record straight on previous errors and perhaps fight a little harder for more Liberal values in any future coalition in order to tempt anyone back on side – it really is time to get over that one. Hear that, NUS?